Crypto Briefs is your daily, bite-sized digest of cryptocurrency and blockchain-related news – investigating the stories flying under the radar of today’s crypto news. Blockchain news Alibaba subsidiary and AliPay operator Ant Financial has announced that its enterprise blockchain platform will move out of beta testing and go live in February. Per a report published by Bihal23, Guofei Jiang, Ant Financial’s vice president, has stated that the new platform will allow small firms and micro-enterpr... 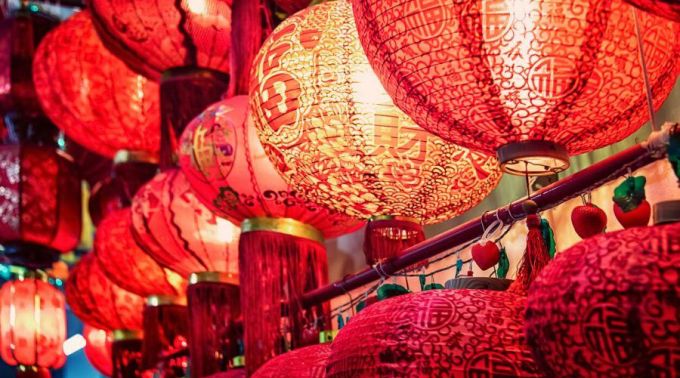 Crypto Briefs is your daily, bite-sized digest of cryptocurrency and blockchain-related news – investigating the stories flying under the radar of today’s crypto news. Blockchain news Alibaba subsidiary and AliPay operator Ant Financial has announced that its enterprise blockchain platform will move out of beta testing and go live in February. Per a report published by Bihal23, Guofei Jiang, Ant Financial’s vice president, has stated that the new platform will allow small firms and micro-enterpr...

Alibaba subsidiary and AliPay operator Ant Financial has announced that its enterprise blockchain platform will move out of beta testing and go live in February. Per a report published by Bihal23, Guofei Jiang, Ant Financial’s vice president, has stated that the new platform will allow small firms and micro-enterprises develop blockchain-powered applications at a low cost.And on a similar note, state-owned telecoms and banking firms in China will launch a blockchain network that will allow smaller companies to develop and deploy a range of blockchain apps. China Mobile and China UnionPay are named as the key participants in the project, which is set to launch in April this year, per Sina. The developers say that companies using their platform could be set to save thousands of dollars in costs.Chinese media giant Tencent filed 100 blockchain-related patents in December 2019 in fields such as medicine and finance, reports Japan’s Crypto Watch. The company appears keen to develop blockchain-based loans and has also registered patents for blockchain-powered devices and storage solutions.Japanese-Korean conglomerate Lotte will push ahead with plans to launch a mainnet in March this year, reports Maeil Kyungjae. The company is hoping to apply blockchain technology to a wide range of its business operations in the year ahead, including its lucrative chemical and logistics operations. The company is South Korea’s fifth-largest.A South Korean medical center is set to release a blockchain-powered smartphone app this month that will allow patients to make appointments, receive prescriptions and store medical records. Per Fn News, the capital’s Seoul Medical Center will also allow patients to make health insurance claims on the blockchain-powered app and has been co-working with insurance provider Kyobo on the project.

The top Brazilian financial regulator, the Securities and Exchange Commission (known locally as the CVM), has revealed details of the regulatory sandbox it intends to create this year – but its plans, unveiled in an announcement, made no direct mention of blockchain technology or cryptocurrencies. The CVM already polices a number of crypto-related companies and has previously spoken about its desire to not “hinder” the progress of those attempting to develop cryptocurrency business in the country.The former chief executive of Bitcoin derivatives exchange Bakkt and the newly appointed senator, Kelly Loeffler, will serve on the Senate Agricultural Committee that oversees the Commodity Futures Trading Commission (CFTC). However, her husband, Jeffrey Sprecher, is chairman and chief executive of Intercontinental Exchange (ICE), which is the parent company of Bakkt. This raised concerns over a potential conflict of interest, but Loeffler said that she'd recuse herself if needed on a case by case basis, reports The Wall Street Journal.The Office of Compliance Inspections and Examinations (OCIE), part of the U.S. Securities and Exchange Commission (SEC), published a list of 2020 examination priorities, according to which digital assets and service providers remain a concern, saying that the regulator will continue the evaluation of crypto-based securities for U.S. retail investors. The paper mentioned examining transfer agents as well and supervising the outside business activities of crypto exchanges and funds employees.

Beogroup, the developer of a resort in Mar del Plata, Argentina, says it will accept crypto pay for property sales in its new building project, per a 0223 report. The news outlet points out that Beogroup would not be the first to accept cryptocurrencies in exchange for property in the country. In November last year, a house in the San Luis province was bought by a buyer who paid in cryptocurrencies.Crypto lender BlockFi announced support for USD Coin (USDC) and Litecoin (LTC) across its product portfolio, allowing its global user base of individual and institutional investors to earn interest, trade and receive loans with these two coins.

Bitstamp added the option to open bank deposits and withdrawals into their mobile app, as well as in-app account registration and activation, to turn the Bitstamp app into a standalone mobile exchange, they said.Coinbase Pro released their new Android application, allowing the professional investors access to high-speed trades and the necessary tools to make trades on the go, such as real-time candles, order books, depth charts, and others. Product manager Linda Xie says that Coinbase Pro users in more than 100 countries can use 50 different trading pairs with its new app.Binance has made a number of announcements since yesterday. First, it said that it started supporting deposits in THB through their partnership with API solutions provider Satang Corp, now supporting a total of 21 fiat currencies for purchase and sale on the Binance Fiat Gateway. Furthermore, the exchange now allows users to bind their Visa cards and purchase BTC, ETH, BNB and XRP with PLN and SEK. They also announced a new partnership with fiat-to-crypto payments provider Banxa, thanks to which users can buy crypto with AUD, GBP and EUR directly from Binance's website. Additionally, Binance Futures will launch its sixth perpetual contract, LTC/USDT, and open trading on December 9, while users will be able to select between 1-75x leverage. Finally, the exchange also said that it has donated USD 1 million in its BNB token to kick-start a donations program to fund relief for areas hit by devastating fires in Australia.Bitfinex said it has joined forces with Santiment, a provider of digital asset metrics, signals and market insights, to offer customers a 30-day free trial of Santiment’s most popular metrics on Bitfinex, "to help users better analyze the crypto market and find data-driven investing opportunities."

Ugandan state prosecutors have logged over 4,000 complaints against Dunamiscoins Resources Limited, the once-popular exchange that collapsed last year. Per The Observer, two directors of the company, Samson Lwanga and Mary Nabunya, appeared before the Law Development Centre court on Monday and were charged with 65 counts tied to obtaining money by false pretense and are accused of recruiting hundreds of people into their sham digital cryptocurrency scheme.
#Regulation#Cryptocurrency#China#Chinese#Digital Fiat#Adoption#Legal
Related Posts