Traditional finance can't escape decentralized finance (DeFi). The former's move into digital currencies is bound to impact both, producing two main possible scenarios, according to Jonathan DeCarteret, CEO of tokenized crypto fund INDX Capital. DeFi is light years ahead of traditional finance, but are banks going to catch up at some point, or will they become nearly obsolete? DeCarteret finds that this question is tightly connected to the emergence of central bank digital currencies (CB... 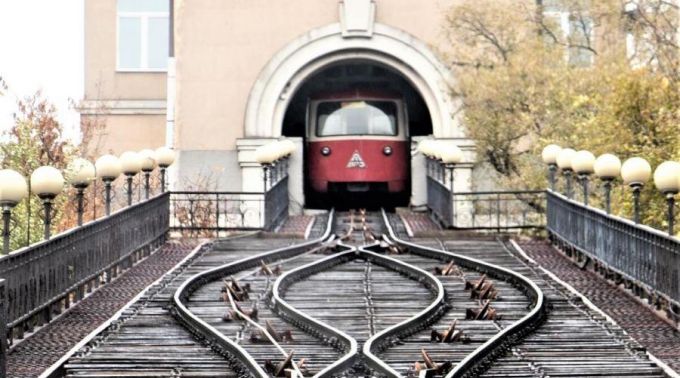 Traditional finance can't escape decentralized finance (DeFi). The former's move into digital currencies is bound to impact both, producing two main possible scenarios, according to Jonathan DeCarteret, CEO of tokenized crypto fund INDX Capital. DeFi is light years ahead of traditional finance, but are banks going to catch up at some point, or will they become nearly obsolete? DeCarteret finds that this question is tightly connected to the emergence of central bank digital currencies (CB...

DeFi is light years ahead of traditional finance, but are banks going to catch up at some point, or will they become nearly obsolete? DeCarteret finds that this question is tightly connected to the emergence of central bank digital currencies (CBDCs). While China is preparing to launch its digital yuan, a “blockchain version of the US dollar is now just a mathematical certainty.” And if traditional finance migrates over to a state-controlled digital currency, two scenarios may play out in regards to DeFi:

it will supercharge DeFi, and that traditional finance, which is in the trillions USD, will all of a sudden be injected into this embryonic ecosystem that we have at the moment; or traditional finance will start to borrow, replicate and copy those DeFi protocols, but in a much more traditional, custodial, and regulatory compliant fashion.

“My guess is there will probably be a blend of the two,” DeCarteret told Cryptonews.com.

Traditional finance, whose only source of innovations has come from fintech companies, said the CEO, will look at DeFi “to learn and adapt as it leads.” In comparison, we see a level of automation, and frictionless financial services in DeFi never seen before, he said. “And the notion that we can now take these primitive Lego money blocks and start to put them together to build entirely new or very complex protocols is something that trade finance has just never been able to do.”

DeFi has returned to its source, to the community that wants to democratize the financial markets, and that community has managed to resolve some of the obstacles traditional finance has faced, such as liquidity which DeFi solved with automated market makers. Furthermore, projects like Synthetix (SNX), which allow exposure to “practically any equity, or asset, within crypto through synthetic assets,” are “a huge leap forward that traditional finance just cannot do, because of the fundamental building blocks that it is comprised of.”

“Marc Andreessen [Co-founder of VC powerhouse Andreessen Horowitz] very pointedly said that software would eat the world,” added DeCarteret. “Well, there are some people, and I'm starting to include myself in that group, that believe DeFi will eat finance.”

From farming to insurance

While many in the Cryptoverse are aware of the 2020 liquidity mining boom, INDX has been yield farming since 2017. And it has been popular, said the CEO. “We thought that building a tokenized fund that allows people just by virtue of holding the INDX token to get exposure to these technical yielding assets was a very elegant solution.”

However, “the thing about crypto is, you've always got to stay two steps ahead, because it moves so rapidly.” So six months ago, the company came to a strategic decision to start to pivot their entire business into a DeFi insurance protocol that “really is a departure from the tokenized fund that we've started out for.”

Called ‘Jellyfish’, the protocol allows users to take out a nominal daily insurance premium - thus having insured bitcoin (BTC) or ethereum (ETH), for example - which can be canceled at any time, and which protects 90% of the insured asset, said the CEO. It immediately swaps the insured asset into stablecoin if it depreciates by more than 10%, and back into that asset when its price rises. “That has tremendous applications for institutional investors who want to get some kind of price protection against the volatility,” argued DeCarteret, adding that the protocol would also allow for collateralized debt positions to be opened, so that users can borrow money without the risk of liquidation.

At the moment, a team of 14 developers is working on Jellyfish full time, and “that is something we'll have an MVP [Minimum Viable Product] by Q1 next year,” the CEO said.

Besides Jellyfish, INDX is working on a flash loan protocol.

“In DeFi, we are witnessing the emergence of a revolution in the financial markets, where noncustodial, trustless and permissionless pieces of code are able to interrelate and interact with each other in nanoseconds to produce equivalent versions of structured financial products and financial services seen in trade finance, but also some entirely novel and original financial services and protocols that we've never, as a society witnessed before,” said DeCarteret.

“And what I'm relating to particularly there is the deployment of flash loans, which have absolutely no counterpart in traditional finance - they are entirely a crypto phenomenon,” he added.

Called Flashpoint, the protocol is designed for users “who are not coders, who are not arbitrage geniuses” to go to the Flashpoint site, “lock in some funds, and whatever profits Flashpoint generates from these flash loan arbitrage opportunities will be distributed back to the people who've locked in their holdings into the protocol.” This will “open up those flash loans to everyone,” DeCarteret said.