Crypto Briefs is your daily, bite-sized digest of cryptocurrency and blockchain-related news – investigating the stories flying under the radar of today’s crypto news. Mining news The Iranian Ministry of Industries, Mining and Trade has issued more than 1,000 licenses for cryptocurrency mining units so far. Financial Tribune cites an official with Iran’s ICT Guild Organization, Amir Hossein Saiedi, saying that studies show that the crypto mining industry has the potential to add USD 8.5 billion ... 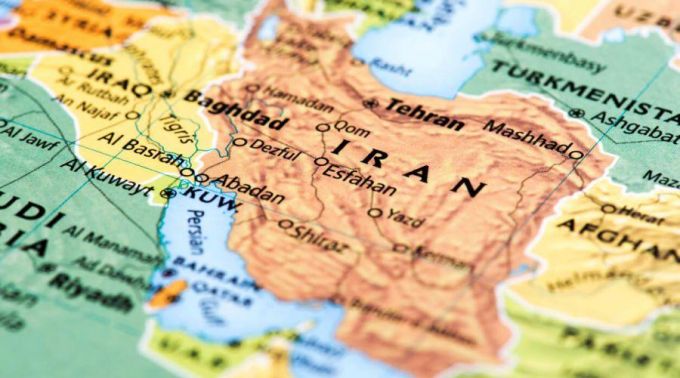 Crypto Briefs is your daily, bite-sized digest of cryptocurrency and blockchain-related news – investigating the stories flying under the radar of today’s crypto news. Mining news The Iranian Ministry of Industries, Mining and Trade has issued more than 1,000 licenses for cryptocurrency mining units so far. Financial Tribune cites an official with Iran’s ICT Guild Organization, Amir Hossein Saiedi, saying that studies show that the crypto mining industry has the potential to add USD 8.5 billion ...

The Iranian Ministry of Industries, Mining and Trade has issued more than 1,000 licenses for cryptocurrency mining units so far. Financial Tribune cites an official with Iran’s ICT Guild Organization, Amir Hossein Saiedi, saying that studies show that the crypto mining industry has the potential to add USD 8.5 billion to the economy, but that the high electricity tariffs and stringent regulations have made the sector less appealing for small investors.Litecoin (LTC) founder Charlie Lee believes that a better way to fund cryptocurrency development is mining pools voluntarily donating a portion of the block reward. Per his Twitter thread, Lee suggested that Litecoin pools donate 1% (LTC 0.125) of block rewards to the Litecoin Foundation, explaining that if every miner/pool does this, it would amount to about USD 1.5 million in donation a year.The recently proposed Bitcoin Cash (BCH) miner development funding plan is not a tax, but "a service fee for the miners," says Bitcoin.com, an operator of a BCH mining pool. The majority of the funds will not come through as an additional cost for existing Bitcoin Cash miners, it says; instead, much of it will be paid for by BTC miners and through the minor decrease in hash rate on Bitcoin Cash. The plan is temporary and reversible, and it's still in development, with a number of questions waiting to be worked out (such as those surrounding the Hong Kong corporation) post says, calling for the community to discuss them.

Following the Bank of Japan’s decision to collaborate with six central banks (including the European Central Bank and the Bank for International Settlements) on digital currency issuance research the country’s Finance Minister Taro Aso has issued a rare comment on central bank digital currency (CBDC) issuance, per Fisco (via Gentosha), stating that CBDC “convenience must not come at the expense of credibility.”

Heavily backed blockchain startup Kasa Korea appears to be locked in a regulatory struggle with South Korean authorities over its bid to win approval for its tokenized real estate business, reports Maeil Ilbo. The company wants to allow property owners to tokenize buildings and property developments and has won the financial backing of many of the country’s major banks and telecom providers, including subsidiaries of SK, KB and KEB Hana. The company is hoping to roll out services in the first quarter of the financial year but must wait for clearance from the Financial Services Commission, which has been mulling its decision since mid-December 2019.

Agribusiness giants-backed blockchain initiative Covantis selected Ethereum blockchain technology company ConsenSys as the lead technology partner to develop its platform, says the announcement. ConsenSys will leverage its blockchain solutions and services, including PegaSys Orchestrate, Kaleido and MythX to build the blockchain network on Ethereum - a secured platform based on a permissioned Ethereum-based blockchain protocol, Quorum, to cater to both small and large players across the supply chain, says Covantis.Blockchain-based platform Harmony announced that its token swap is ready, as the company is launching the native ONE token. This means that the holders can switch to its native asset, that is, exchange their interim BEP2 and ERC20 tokens for Harmony ONE tokens.

South Korean exchanges have given updates on the status of their negotiations with banks over banking contract renewals. As previously reported, exchanges have been uncertain of banks’ decisions, following ownership issues and a contested tax bill at market-leading Bithumb, and an alleged altcoin hack at Upbit. Per Chosun, Coinone, another leading exchange, stated that banks appear particularly keen to check exchanges’ anti-money laundering and Know-Your-Customer capabilities.Venezuela’s government says the country will host a crypto-themed gaming hackathon, with support from a crypto exchange. State media reports that it will host the 11th edition of the Global Game Jam (GGJ) from January 31 to February 2. The event will be supported by one of the country’s biggest crypto exchanges, Cryptobuyer, which will run a contest for game developers, challenging them to create a game that will educate the general public about the use of cryptocurrencies.Mexico’s Bitso exchange is expanding to Brazil and has posted an English-language job ad stating that it is looking for a São Paulo-based country manager who would liaise between the crypto exchange’s head offices in Mexico City and its new Brazilian base. São Paulo has become the Brazilian center of gravity for all things blockchain and crypto-related, with the vast majority of crypto startups in the country choosing to set up shop in the city.Australian crypto exchange Independent Reserve has expanded into the Asia-Pacific region, now offering its services in Singapore. According to the press release, the exchange will run under a separate entity called Independent Reserve SG PTE LTD. Through the platform, Singapore residents will be able to buy, trade and hold digital currencies. Changpeng Zhao, CEO of major crypto exchange Binance, shared on Twitter that he's been hospitalised for a week after a successful surgery of a herniated disc. The condition, he says, prevented him from going to Vietnam in December, but added that everything at the exchange has been going as planned.

The Venezuelan national crypto regulator, Sunacrip, has been conducting regional cryptocurrency training in the states of Miranda and Nueva Esparta, with the states’ mayors in attendance, per El Sol de Margarita and a state media outlet. Sunacrip says it hopes to cultivate a number of regional experts to become proficient in the workings of the state-issued Petro cryptocurrency.India’s Prime Minister Narendra Modi gave the Bal Shakti Puraskar 2020 award (given in the fields of innovation, social service, scholastic, sports, art, and culture) to the young entrepreneur Harshita Arora, as he announced in a tweet. Arora, born in 2001, developed a cryptocurrency price tracking application - “an app to safeguard investors from scammers,” as the tweet says. As a reminder, last year, India announced that it's considering banning cryptocurrencies in the country.
#Iran#Binance#Japan#Banking
Related Posts