Crypto Briefs is your daily, bite-sized digest of cryptocurrency and blockchain-related news – investigating the stories flying under the radar of today’s crypto news. Adoption news Isatech, the tech firm and crypto exchange operator bidding to by the for-sale Mexican presidential plane, appears to have raised its offer to the Mexican government. The company, which made a multi-million dollar offer in its own cryptocurrency, has promised to provide the government with blockchain technology softw... 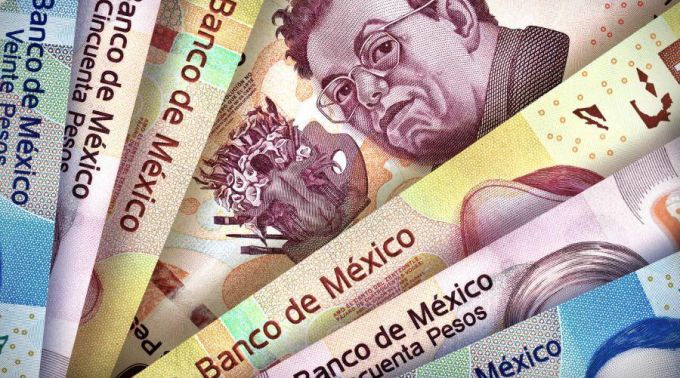 Crypto Briefs is your daily, bite-sized digest of cryptocurrency and blockchain-related news – investigating the stories flying under the radar of today’s crypto news. Adoption news Isatech, the tech firm and crypto exchange operator bidding to by the for-sale Mexican presidential plane, appears to have raised its offer to the Mexican government. The company, which made a multi-million dollar offer in its own cryptocurrency, has promised to provide the government with blockchain technology softw...

Isatech, the tech firm and crypto exchange operator bidding to by the for-sale Mexican presidential plane, appears to have raised its offer to the Mexican government. The company, which made a multi-million dollar offer in its own cryptocurrency, has promised to provide the government with blockchain technology software solutions if it agrees to the offer, per Radio Formula. BCB Group, European crypto-dedicated payment services provider, said that its core operating subsidiary, BCB Payments Limited, has secured its Authorised Payment Institution (API) license from the UK Financial Conduct Authority, establishing itself as "the first and only crypto-focused Authorised Payment Institution." Among BCB Group's clients are Coinbase, Bitstamp, Galaxy, and Tagomi.The municipality of Zermatt, in cooperation with Zug-based crypto financial services company Bitcoin Suisse, announced that it will accept bitcoin as a means of payment for local taxes and official transactions with immediate effect, following the same decision by the local authorities in the city of Zug back in 2016. According to the press release, a point-of-sale solution provided by Bitcoin Suisse has been installed in the Zermatt town hall, so that fees for services from local authorities can be paid in bitcoin.Dash has seen a 562% increase in the number of its active Android users based in Venezuela in the past eight months, claims Dash media director Mark Mason. He says that the 50,000+ Android Dash users he referred to had been active within the past 30 days.Venezuelan cryptocurrency officials have met with air chiefs to talk about the government’s crypto plans, reports the media arm of the nation’s Vice President. Caracas has already unveiled plans to force all air operators using Venezuelan airports to pay taxes in petro. The government says flight operators can make payments using the Caracas-issued PetroApp, which it claims can handle transactions in petro “and three other cryptocurrencies.”

Binance has lowered bitcoin, ethereum and ERC20 token withdrawal fees. The new withdrawal fees are now BTC 0.0004 and ETH 0.003, while the list for ERC20 token new fees is available on the website.Miller Thomson, the court-appointed representative counsel for the former users of the failed Canadian exchange QuadrigaCX, issued a letter to Bill Blair, Canadian Minister of Public Safety and Emergency Preparedness, requesting an update on whether the RCMP will conduct an exhumation and post­mortem autopsy on Gerald Cotten, founder of the exchange, prior to Spring 2020, the law firm's website states. Japanese crypto exchange Coincheck has launched what it calls an “easy” online identity verification platform for Android smartphone users, reports media outlet Crypto Watch. The platform will help customers register for services while adhering to government-imposed Know-Your-Customer (KYC) compliance regulations. The platform says an iOS version is to follow in February.

Swiss blockchain firm Overture is launching what it says is the first Swiss compliant digital initial public offering (IPO) of ordinary shares. Per the announcement, Swiss regulators have approved the first articles of incorporation that allows a company to offer its ordinary class-A shares natively on the Ethereum blockchain, utilizing smart contracts provided by EURO DAXX (the European Digital Assets Exchange) based in Zug.

The Ukrainian financial regulator will monitor “suspicious” cryptocurrency transactions of over USD 1,200, per an official announcement from the country’s Ministry of Finance. Under the new regulations, exchanges, brokers, banks and other companies processing payments of above the afore-mentioned amount will need to “provide comprehensive information about the origin and purpose” of their cryptocurrencies.

Samsung’s IT services arm Samsung SDS has announced the launch of a blockchain-powered medical insurance claims service, reports Yonhap. The platform will allow claimants to submit electronic documentation, including medical bills and prescription fees, via a tamper-proof interface – doing away with paper-based alternatives.Nimbus, an infrastructure project of The Status Network, has been awarded a follow-up grant of USD 650,000 by the Ethereum Foundation, bringing their total commitment to date to USD 1.65 million, writes Nimbus in the announcement. The grant will be used for the completion of a public multi-client ready testnest, further auditing, and preparations for production use - the team will continue the development of a client implementation for Ethereum 2.0 designed to perform well on embedded systems and personal mobile devices, including older smartphones with resource-restricted hardware. HealthNet, a population health data-sharing platform, will launch this spring on the Factom blockchain. Per Factom, a developer of a system for securing millions of real-time records using blockchain, HealthNet will allow clients to exchange sensitive health information in a regulatory compliant manner.

Maker of hardware crypto wallets Ledger has revealed that their users are facing phishing attacks that are coming from hacked YouTube accounts. Via their announcement, the company urged users to report the accounts involved, contact local police if needed, and to never share their 24-word seed phrases.Suspicious accounts launched an astroturfing campaign on consumer ratings site TrustPilot and Q&A forum Quora to boost the online reputation of the cryptocurrency Ponzi scheme OneCoin, also known for the vanishing act by its founder Ruja Ignatova. Kanishk Karan, a Research Associate with the Digital Forensic Research Lab, a group of digital forensic analysts, writes that profiles posting in favor of OneCoin on Quora have been deemed suspicious, and that of the 579 reviews for OneCoin on TrustPilot, 90% were positive, while 400 of the five-star ratings were published within the span of a single month.

Bitcoin mining company Hut 8 Mining Corp. announced that Andrew Kiguel will be stepping down from his role as Chief Executive Officer when his successor is appointed. The company has also entered into a non-binding term sheet with blockchain technology group Bitfury in order to amend key agreements between the two companies, which should result in the reduction of operating costs by over USD 2 million annually and will give more autonomy to Hut 8 in managing its Canadian operations, says the company.

Alexander Vinnik, a Russian citizen accused of having supervised a crypto exchange that helped criminals launder billions of dollars, has been charged with extortion, aggravated money laundering, conspiracy, and harming automatic data-processing systems, according to an official at the Paris prosecutor’s office, Bloomberg reported.
#Review#Cryptocurrency#Market
Related Posts