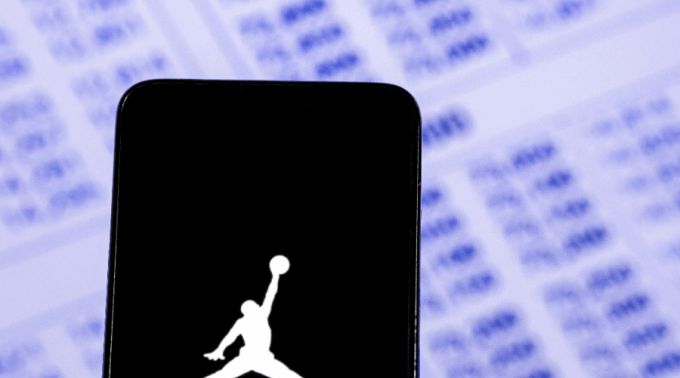 Get your daily, bite-sized digest of cryptoasset and blockchain-related news – investigating the stories flying under the radar of today’s crypto news.

Major derivatives marketplace CME Group said it will expand its suite of crypto derivatives with the introduction of a new Micro Bitcoin futures contract on May 3, pending regulatory review. Micro Bitcoin futures will be one-tenth the size of one bitcoin (BTC). CME added that in 2021-to-date, 13,800 CME Bitcoin futures contracts (equivalent to about BTC 69,000 (USD 4bn)) have traded on average each day, while CME Ethereum futures have seen 767 contracts traded (equivalent to ETH 38,400 (USD 70.3m)) on average each day since launched on February 8. Crypto derivatives exchange Delta Exchange announced that it has raised USD 5m in a private sale for its native Delta Exchange Token (DETO). Participating investors include Sino Global, Aave Ventures, CoinFund, Kyber Network, Spartan, QCP Soteria, LuneX Ventures, gumi Cryptos Capital, BR Capital, and others, they said in an emailed press release. Coinciding with the token launch, liquidity mining and trade farming features will go live on Delta Exchange.

Her Majesty's Revenue and Customs (HMRC), a non-ministerial department of the UK Government responsible for the collection of taxes, published a manual meant to help people understand the tax implications that can arise from transactions involving cryptoassets. Among the points made, the manual stated that: - Individuals will be liable to pay Income Tax and National Insurance contributions on cryptoassets which they receive from their employer as a form of non-cash payment, and from mining, transaction confirmation or airdrops. - If a company or business is carrying out activities that involve exchange tokens, they are liable to pay tax on them, including: buying and selling exchange tokens, exchanging tokens for other assets (including other cryptos), mining, and providing goods or services in return for exchange tokens. - A trade in exchange tokens would be similar in nature to a trade in shares, securities and other financial products. - HMRC does not consider theft to be a disposal, as the individual still owns the stolen asset and has a right to recover it. This means victims of theft cannot claim a loss for Capital Gains Tax. - HMRC does not consider the buying and selling of cryptoassets to be the same as gambling. - The use of cryptoassets to participate in betting or gaming is treated in the same way as cash and excise duty is due from the bookmaker/gaming provider.

Dapper Labs, which constructed the Flow blockchain for Top Shot non-fungible tokens (NFTs) and the subsequent marketplace, has announced a USD 305m funding round that features several high-profile investors led by Michael Jordan and Kevin Durant. "The funds will be used to scale the Dapper Labs team to continue building out the NBA Top Shot vision, expanding the platform to other sports, and helping a new generation of creators develop engaging experiences using blockchain technology including NFTs," the company said.Ethereum software company ConsenSys, international arts services business HENI Group, and Heyday Films, founded by David Heyman, the producer of the Academy Award-winning film 'Gravity', have introduced Palm NFT Studio, an innovation lab set up to collaborate with artists, marketplaces, and rights holders to bring projects and platforms into the Palm ecosystem. The first artist drop utilizing Palm is Damien Hirst’s 'The Currency Project,' which is made up of 10,000 works on paper tied to corresponding NFTs. Mobile games publisher Animoca Brands and its digital collectibles subsidiary Quidd have partnered with gaming brand Atari to launch the 'Atari Capsule Collection' of NFT collectibles. The collection commemorates video game pioneers who helped to create the industry, and begins with Dona Bailey (Centipede) and Al Alcorn (Pong), who were both involved in the creation of this collection, the announcement said. The first item will go up for sale at 11 PM UTC on March 30 with the final auction concluding on the evening of April 2. Gemini-owned markeptlace Nifty Gateway announced its plans to become carbon negative. The plan is to calculate the emissions, estimate their total carbon footprint over time, and at the end of every month, they will purchase offsets for 2x the amount of carbon footprint they created from blockchain transactions that month, and thereby in theory Nifty Gateway will become a net remover of carbon. They are also already building a new NFT minting system that aims to become "significantly greener," and they recently helped raise USD 6.5m for Open Earth Foundation via 'The Carbon Drop'.

Several cryptocurrency exchanges operating in India plan to jointly reach out this week to the country's top financial decision makers, including Finance Minister Nirmala Sitharaman and the central bank, to suggest solutions aimed at establishing the investment credentials of an asset class that faced stiff regulatory resistance in the past, the Economic Times reported.The Dubai Financial Services Authority is proposing new regulatory terms for the use of security tokens. The proposal will allow facilities that trade security tokens to have direct access to members, meaning that companies will be able to process direct payment in security tokens from potential clients. The Prime Minister of Kazakhstan has ordered the formation of a “crypto working group” that will help form regulatory policy. Per Zakon, the group will report its findings by the end of April, and will also contain recommendations for blockchain technology-related policy. The group has been ordered to “develop a roadmap for the development of the crypto industry and blockchain technologies.” Its membership comprises a number of key ministers, including the Deputy Prime Minister, the Energy Minister, and a number of industry representatives.

Soon-to-be delisted coins are enjoying a final heyday on South Korean exchanges – surging as the clock ticks down until they are removed. Per Yonhap News, the market-leading Upbit platform is set to delist a number of tokens in the coming days, including the Sirin Labs token (SRN). SRN will be removed from Upbit on March 31 after failing to meet the exchange’s sustainability, network activity and liquidity standards, but prices against the fiat KRW surged by 160% on March 23. Other tokens have seen rises of 65%, with some outperforming bitcoin (BTC) by up to 16% in recent days. An unnamed crypto industry insider told the media outlet that the rises were a result of “risky investments” from speculators looking for a “big bang” last-minute investment.

China’s blockchain market spending will exceed a valuation of USD 2.5bn by 2024, a new study has suggested. Per China Email, the report, from IDC, entitled the Worldwide Blockchain Spending Guide, contained forecasts that projected Beijing and the private sector’s spending on blockchain technology will lead global spending, which is expected to expand at a compound growth rate (CGR) of approximately 48%. China’s own CGR on blockchain spending will far outstrip the global average, however, and is expected to reach 55% by 2024.
Popular Posts
14 January 2020, Tuesday, 10:00