Crypto Briefs is your daily, bite-sized digest of cryptocurrency and blockchain-related news – investigating the stories flying under the radar of today’s crypto news. Adoption news Bitcoin sidechain RSK said it has launched a two-way bridge between Bitcoin and Ethereum blockchains. Developers on either platform can send their tokens to the other ecosystem, leveraging the benefits of faster throughput, lower transaction fees, or variations in consensus mechanisms, as they wish, according to RSK.... 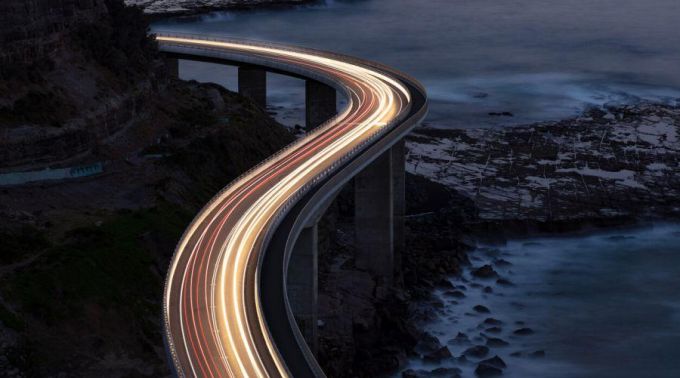 Crypto Briefs is your daily, bite-sized digest of cryptocurrency and blockchain-related news – investigating the stories flying under the radar of today’s crypto news. Adoption news Bitcoin sidechain RSK said it has launched a two-way bridge between Bitcoin and Ethereum blockchains. Developers on either platform can send their tokens to the other ecosystem, leveraging the benefits of faster throughput, lower transaction fees, or variations in consensus mechanisms, as they wish, according to RSK....

Bitcoin sidechain RSK said it has launched a two-way bridge between Bitcoin and Ethereum blockchains. Developers on either platform can send their tokens to the other ecosystem, leveraging the benefits of faster throughput, lower transaction fees, or variations in consensus mechanisms, as they wish, according to RSK. Money on Chain, a Bitcoin-backed stablecoin developed on RSK, has already confirmed it plans to use the bridge to send its tokens to Ethereum. (Learn more: Is Bitcoin New Ethereum Killer?)Blockstack, a developer of a decentralized computing network, proposed a new mining mechanism called Proof of Transfer or "PoX." "If adopted, we believe Proof of Transfer will be a key tool in fully realizing a user owned internet and the promise of Web 3.0 in a secure way," Muneeb Ali, Co-founder of Blockstack, said.A study from the Center for Governance of Change at Madrid’s IE University has found that more than 80% of surveyed Spaniards say they know about cryptocurrencies, and 16% of the respondents have bitcoin or altcoin holdings. Per Criptolog, the center also found that almost 13% of cryptocurrency owners use their tokens to pay for goods and services, while 60% said they used their crypto funds for investment and speculative purposes.CoinFlip, the second largest network of Bitcoin ATMs in the U.S., said it has listed Stellar (XLM) in all of its 450 terminals. This means that customers can now purchase XLM from one of these ATMs, among a number of cryptocurrencies that can be bought there with credit cards.The South Korean city of Jeonju is the latest to announce it will launch a local stablecoin. Per News1, the city, one of the biggest in the southwest of the nation, plans to debut its token later this year. The city authorities say that they will consult experts and members of the community on the project on technical solutions and associated matters in the coming months before releasing the token in the second half of 2020.A rail operator in Japan will pilot a blockchain technology-powered QR Code-based digital ticketing system later this month. Per Raillab, the project is being run by the Kinki Nippon Railway Company, Japan’s largest and oldest private railway company. An estimated 2.1 million passengers currently use the railway’s lines on a daily basis. The rail operator is co-working with Mitsubishi Research on the pilot, which will involve some 50 passengers on two rail lines in the Osaka Prefecture. The passengers will use the new blockchain-powered tickets for a week.New Regency Television International has won screen rights to hit BBC Sounds podcast 'The Missing Cryptoqueen,' in a highly competitive auction. Deadline reports that the eight-part podcast, which tells the story of Ruja Ignatova who in 2014 launched a crypto scam OneCoin, was downloaded 3.5 million times in four months last year and reached number one on the UK iTunes charts.

Rana Yared, a partner at Goldman Sachs who helped lead the crypto-trading operations at the company, is leaving the firm. Bloomberg reports that Yared oversaw about USD 2 billion in principal investments. She helped Goldman begin exploring ways to dip into crypto operations via investments and internal products - therefore, she played a key role in a group that invested the firm’s own capital in emerging tech companies, helping to drive big returns for the trading unit through that operation.

The governors of six major central banks will meet in Washington, in mid-April, to discuss the potential introduction of central bank digital currencies, conducting a joint research, as well as potential challenges such as cross-currency settlement and defense against cyberattacks, reports Reuters, citing sources close to the matter. These six banks include the Bank of Japan, the European Central Bank, as well as and central banks in the U.K., Canada, Sweden and Switzerland.

U.S. Magistrate Judge Chris McAliley of the Southern District Court of Florida dismissed a lawsuit accusing a number of defendants, of manipulating Bitcoin Cash (BCH) price during a 2018 hard fork that created Bitcoin SV, according to the filling. Tech and blockchain development company United American Corp filed a lawsuit in 2018 against crypto mining company Bitmain, its co-founder Jihan Wu, crypto exchange Kraken, its founder Jesse Powell, BCH supporter Roger Ver, as well as Bitcoin ABC developers Amaury Sechet, Shammah Chancellor and Jason Cox. A South Korean man has been sentenced to over a year in prison after being found guilty of attempting to take an undeclared USD 81 million worth of Japanese yen out of the country to buy cryptocurrency. South Korean law stipulates that individuals carrying more than USD 10,000 worth of cash must make declarations to customs officials. Per Yonhap, the 24-year-old man told customs officers that the money was for his “travel expenses.”A man in Minsk, Belarus, has been charged with criminal offenses after prosecutors stated he mined cryptocurrency in the basement of a children’s education center, reports news agency Minsk Novosti, via Tut.by. The man is accused of stealing energy from state-run facilities, and prosecutors said he hid a homemade mining rig in pipes in the basement, covering it with a cloth. Building managers discovered the device when they were called in to investigate flooding at the center.

Early-stage startup that develops blockchain networks for high-volume transaction systems between businesses, Clear, announced a USD 13 million Series A investment round, led by Fidelity-backed Eight Roads, with participation from Telefónica Innovation Ventures, Telekom Innovation Pool of Deutsche Telekom, HKT and Singtel Innov8. It will use the funds to build a blockchain for high-volume transaction systems like payments between telcos. Transparent Financial Systems, Inc., a Seattle-based startup developing on-demand, cryptographic settlement solutions, has closed over USD 14 million in Series A financing, led by Pantera Capital with participation from Square, Inc., Future\Perfect Ventures, IDEO Colab Ventures, Digital Currency Group, and CMT Digital. Concluding its beta program with a number of major financial services and fintechs in the U.S. at the moment, writes the company, Transparent will use the funds to accelerate product development, engineering, and begin overseas expansion. The funding round is in addition to the USD 8 million in seed financing received from Vulcan Capital in July 2018.
#Ethereum#Bitcoin
Related Posts

Ethereum 2.0: The Original Ethereum Will be Gradually Phased Out

How Much of a Risk Is Investing in Bitcoin?

Bitcoin as Safe Haven Narrative is Tested Again After U.S. Strike in Iran