Disclaimer: The text below is a sponsored article that was not written by Cryptonews.com journalists. Bitcoin takes over the digital world. From online retail to video gaming, from banking to travel — crypto adoption keeps gathering momentum in a variety of markets. Some of the industries show great potential to expand after bitcoin adoption, but companies often don’t endorse the process due to a lack of favorable conditions. For example, bitcoin and retail seem to belong together, but the per... 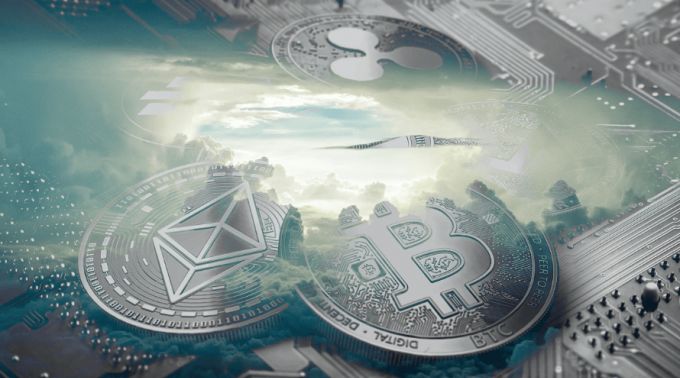 Disclaimer: The text below is a sponsored article that was not written by Cryptonews.com journalists. Bitcoin takes over the digital world. From online retail to video gaming, from banking to travel — crypto adoption keeps gathering momentum in a variety of markets. Some of the industries show great potential to expand after bitcoin adoption, but companies often don’t endorse the process due to a lack of favorable conditions. For example, bitcoin and retail seem to belong together, but the per...

Disclaimer: The text below is a sponsored article that was not written by Cryptonews.com journalists.

Bitcoin takes over the digital world. From online retail to video gaming, from banking to travel — crypto adoption keeps gathering momentum in a variety of markets.

Some of the industries show great potential to expand after bitcoin adoption, but companies often don’t endorse the process due to a lack of favorable conditions. For example, bitcoin and retail seem to belong together, but the percentage of bitcoin payments doesn’t exceed a humble 2% for now.

Not only retail brands can benefit from utilizing bitcoin payments. Cryptocurrency has an edge over conventional currencies when users seek faster transactions and anonymity along with greater transparency at the same time.

A good example of an industry where users have such interests is online gambling. Players often complain that withdrawals take a lot of time, while some of them are frustrated by the necessity to verify their credit card details every time. Still, online casinos that accept bitcoin are a minority, representing roughly 5% of the online casinos available on the market.

Likewise, many countries in the world that could benefit from crypto don’t even try to take advantage of it. Instead, they perceive it as a threat to their operational banking systems and relate it to illegal activities like money laundering. Bitcoin is currently banned in China, Russia, Vietnam, and some of the Latin American states.

Today, however, we will focus on good rather than bad. Here is the list of top 9 countries that actively support bitcoin and work on the development of proper regulations for it.

Malta, often called the “Bitcoin Island”, doesn’t have any crypto regulations yet, but has a government-approved national strategy for bitcoin and blockchain promotion. Maltese officials see decentralization and other unique features of crypto as quite promising for the economy, as opposed to the countries mentioned above.

The largest crypto exchanges, Binance, OKEx, and ZB.com recently moved their headquarters to Malta. It happened because the legislative framework for such companies already exists along with the plan to establish organized registration for crypto service providers.

Switzerland is another destination for crypto-related companies to settle down. The renowned examples of those are Spaceshift and Xapo. The state was named “Crypto Valley” thanks to its progressive laws and attitudes towards bitcoin: now citizens can pay their utility bills with crypto and store bitcoins in crypto banks like SEBA Crypto AG and Sygnum AG, to which the government gave the green light in August 2019.

The USA consists of 50 states, each has its own bitcoin policy, so the country can’t be called bitcoin-friendly as a whole. Bitcoin is legal and accepted across the land, with no states prohibiting it. According to the current legislation, bitcoin is taxed as property in all states. In reality, though, the situation is a bit more complex.

In these areas, bitcoin is used only by the minority. It doesn’t have

Despite some states like New York, Rhode Island, and Arizona defined as “hostile” towards crypto, there are comfortable areas for bitcoin trading and mining. Ohio, Wyoming, New Hampshire, and Washington, D.C are some of them. Especially it applies to Wyoming, which “races to fill the crypto-void in the USA”, as mentioned by some authors.

Australia is known for its open approach to technology trends. When the cryptocurrencies boomed in 2017, the country’s government promptly legalized them. Bitcoin regulations are well-defined: it is treated as property and subject to Capital Gains Tax. The state has many stores and restaurants that accept bitcoin as a payment method, the leading of which is Subway Australia.

When it comes to technology, Singapore is blazing a trail. It has lightning-fast IT infrastructure and is the fourth leading country in the world for intellectual property rights protection. Being in constant pursuit of innovation, it is no wonder that the state quickly adopted blockchain.

Here, bitcoin and other cryptocurrencies are perceived as goods, so any owner has to pay a 7% tax while using it for purchases. Very soon, Singapore’s central bank is going to authorize crypto derivatives trading.

Did you know that little Slovenia offers more retail locations that accept bitcoin that the entire USA? And we’re not refuting the crypto loyalty of the United States, it's just that Slovenia holds an impressive record. Here, income from crypto trading is not subject to income tax. The officials are warmly welcoming crypto, smoothly integrating it into the Slovenian economy.

You can visit a shopping mall called BTC city in Slovenian capital Ljubljana. If you go to the town of Kranj, you will find there the world’s first public monument to bitcoin. Slovenia is the motherland for Eligma startup, which made crypto transactions substantially easier by launching its Elipay system. Now it counts 15,000 active users.

Just imagine: Estonia implemented e-voting in 2005, years before it was done by anybody else. The country was even planning to introduce its own cryptocurrency, Estcoin, but EU agents harshly halted the initiative. Still, Estonia continues experimenting with blockchain technology and injects it into the healthcare and banking system.

Germany treats bitcoin as a legitimate, tax-free digital currency when it comes to private transactions. In 2020, German banks will be authorized to sell and store cryptocurrency. Sure, they’ll need to acquire a license for doing this, yet it’s a clear sign that Germany is moving in a bitcoin-positive direction.

Japan accounts for 10% of traffic coming to crypto exchanges worldwide. Not to mention that Bitcoin founder, Satoshi Nakamoto is claimed to be Japanese by nationality, although it’s a pseudonym. The country also became the birthplace of the world’s first crypto exchange — Mt. Gox.

The income tax is imposed only on individuals who earn more than 20M JPY annually or make a profit from bitcoin trading over 200K JPY. Those who don’t make substantial profits don’t have to pay any fees. Bitcoin is recognized as real money in Japan, so holding it is also a tax-free activity.

This list is not exhaustive, as many more countries are changing their attitudes for the better and demonstrate their loyalty to bitcoin. The brightest examples are Bermuda, Belarus, and Georgia. Despite their favorable conditions for bitcoin usage and trading, we listed only independent, high-income countries, which have well-defined financial regulations and an overall more stable banking system.