Technical specifications of Geforce GTX 1660 and 1660 Ti, description, and the most profitable algorithm. Overclocking and reducing the power consumption of the equipment. 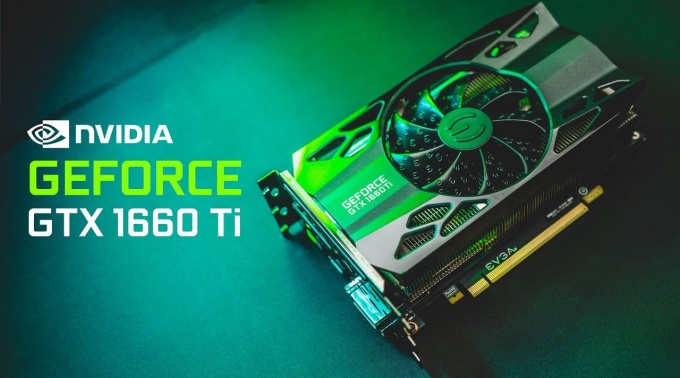 Technical specifications of Geforce GTX 1660 and 1660 Ti, description, and the most profitable algorithm. Overclocking and reducing the power consumption of the equipment.

A new line of graphics accelerators GeForce RTX 20 based on the architecture of Turing, pleased both miners and gamers with its functionality. But the use of new technologies has led to a rise in the cost of the production process, which affected the cost of top models. The budget segment of GPU devices based on the new architecture is represented by NVIDIA GTX 1660 and 1660 Ti.

Judging by the marking, the cards are released to replace the GeForce GTX 1060 GPU, let's see how much better they are than their predecessor.

If you compare the graphics card with 1060, the GTX 1660 has more computing and texture blocks, which is important for mining. Unlike the flagship cards of the 20th line, ray tracing and artificial intelligence acceleration do not work in inexpensive models, but these technologies do not play a special role in crypto mining. GPUs GTX1660 and 1660 Ti, may be of interest to owners of mining farms on green graphics cards due to the relatively low price.

After conducting a test for GTX 1660 in mining to compare with the 1660 Ti, and GTX 1060, you can see that the model with the Ti prefix, due to the use of more modern GDDR6 video memory, demonstrates higher performance.

Which of the manufacturers released the best 1660 Ti for mining, what to choose:

It is difficult to give a definite answer, because comparative tests have not been conducted, and it is unlikely that the GPU of any of the manufacturers will be seriously different from the rest. An interesting variant is the GTX 1660 Ti by Gigabyte with proprietary cooling system Windforce 3X, but it is one of the most expensive models.

As practice shows, even the same video cards collected in one mining farm have a small difference in hash rate between them.

What to mine on 1660 Ti, the most profitable algorithm

When the equipment is bought and assembled in a rig, you need to determine the coin for production. Of course, you need to calculate the benefit of mining in advance, but the cost of cryptocurrencies on the exchanges is constantly fluctuating, so you need to monitor the market constantly in search of the most profitable option. To create a table of return for cryptocurrency opens the calculator mining WhatToMine.

Important! Green card is the most profitable to use in the MTP, X16r, and Cuckaroo algorithms. For the GTX 1660 Ti, ether mining is quite profitable, especially if you are collecting cryptocurrency for long-term storage. Use the program from Claymore's Dual Ethereum.

Bitcoin and Ethereum have great growth potential and it is probably not worth converting them to Fiat at the current price. Start on 1660 mining cryptonight8 after XMR gone from this algorithm no longer makes sense. You can bring a good income mining 1660 Ti cryptocurrency Ryo (crypto night-GPU).

GTX 1660 and 1660 Ti graphics cards are worth paying attention to. Among the models from NVIDIA it is unlikely to find the best option for upgrading or building a new farm. You will invest relatively little and the funds will pay off quickly. I wish you an effective hashing!