An overview of the five top ASICs for mining

Five best ASICs for mining are selected and a review of technical characteristics and efficiency is provided. The reader can learn about the pros and cons of modern equipment in this article. 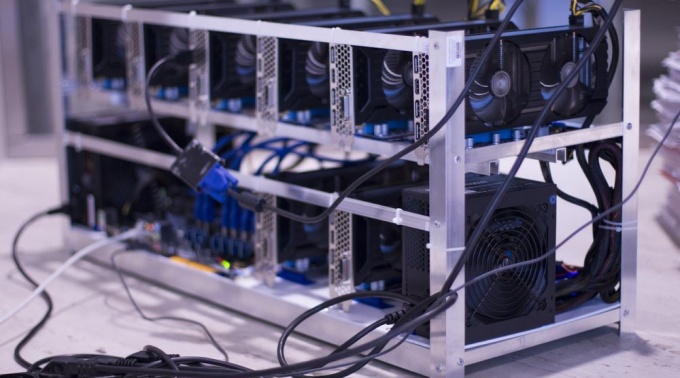 Five best ASICs for mining are selected and a review of technical characteristics and efficiency is provided. The reader can learn about the pros and cons of modern equipment in this article.

For 2018, cryptocurrencies have significantly lost in value, but ASIC mining has not deceased and miners are ready to continue making transactions and receiving a reward for generating blocks. In 2018, several interesting devices with increased hash rates were released. The top-end ones can process from 28 to 76 trillion hashes per second (TH/s). Moreover, many ASIC miners can be ordered directly from the manufacturer.

The main trend of ASICs last year was the transition to the 10 and 7 nm process. The world's leading corporations such as Taiwan Semiconductor Manufacturing Company (TSMC) and Samsung worked on the new generation semiconductors. The new devices wanted to be energy efficient, quiet, and even equipped with a system for water cooling.

They couldn’t avoid problems. For example, the Japanese company GMO Group stated, "It will no longer develop, produce, and sell mining devices." Then there was the strange Halong Mining startup, which planned to" blow up” the market. The corporation was then accused of rebranding Innosilicon devices and now all potential customers are sent to the waiting list on the company's website.

We have prepared a quick overview of the five best ASICs for mining, which shows excellent power and can be yours today.

One of the loudest debuts of this autumn was the brainchild of Chinese Ebang Communication, which announced an Ebit Miner E-11 series. On January 11-12, in line with Asicminervalue.com, miner E11 ++ is the most gainful miner on the SHA-256 algorithm (BCH&BTC) on the market, bringing 1.12 USD per day at the current bitcoin price. The preceding year, the new series did not yet hit the free market, but now bitcoin miners can be purchased directly from the manufacturer. Miner performance is from 30 to 44 TH / s.

The 8 Nano series bitcoin miner runs on the SHA-256 algorithm with a power of 44 TH / s. the 8 nm process technology provides power consumption of 2.1 kW. Because of this, the profitability of the miner is about 0.75 cents. There are 189 chips AM0813 at its core.

Asicminer 8 Nano is cheaper than the unit Ebang — it costs 1790 USD. Its weight is 30 kg with dimensions of 500 x 500 x 235 mm. Fans of the miner are equipped with a neon red light, and the "chip" device is a low-noise water cooling system. Customers can buy mining equipment at any time, but the site warns that now there are slightly less than fifty installations. Given that the miner was released in October 2018, some lucky owners have already received their installations.

Last year Innosilicon did serious work, which relied on the development of Samsung in the field of semiconductors. The result was a model with low power consumption based on 10-nm chips. It was possible to buy ASIC Terminator 3 for a long time, but the first buyers will receive miners closer to the end of January. The characteristics of the T3 indicate that the miner will produce 43 TH / s at a power consumption of 2.1 kW, which provides a profit of 0.58 USD per day.

T3 is more expensive than 8 Nano and E11 ++, on January 12 it is sold at a price of 2279 USD per piece. The second batch is not expected until March 2019. The devices come preloaded with ASIC Boost technology.

Of course, we could not ignore one of the longest — awaited novelties of the season-Antminer S15 miners from the industry leader Bitmain. They produce 28 TONS / s at a power consumption of 1.6 kW. The first S15 sold for 1249 USD per unit, and those who decided to buy Bitmain Antminer S15 during the pre-order will receive them in the period from 11 to 20 January.

The miner is supplied in two versions -- energy-saving and maximum. It is built on 7-nm chips and not only differs from competitors, but also from the products previously produced by Bitmain. The mining plant used the technology of parallel fans for more efficient heat dissipation and dissipation. In addition, the miner comes with built-in power supplies and enthusiasts will not be able to experiment in this direction.

The situation in mid-January, according to Asicminervalue.com, at current prices for bitcoin and bitcoin for cash S15 brings a profit of $ 0,15 USD per day. Bitmain claims to use custom-designed semiconductor technology that, combined with an innovative heat dissipation mechanism, will reduce energy costs.

Manufacturer ASICminer in the portfolio is another representative of the bitcoin mining device Nano 8 Pro, which, according to thec ompany, gives 76 TH/s. Miner consumes 4 kW and costs 11 600 USD per unit. However, customers must buy at least five miners. Despite the intimidating prices for bitcoin, the ASIC miner device with 8-nm special chips AM0813 still generates a profit of 0.13 USD per day. Like the corporation's model mentioned, the miner is huge and with dimensions of 500 x 1000 x 240 mm weighs about 70 kg. 8 Nano Pro also has a water cooling system, producing noise at 48 decibels. Unlike the miner on 44 TH / s Pro version, did not win the love of users, as reviews and reviews about his work are not observed.

For those who are making the first steps in mining, the company BiXBiT offers turnkey solutions based on immersion cooling. We will help and select both the ASICs of the new generation and the 2019 model year and the proven miners of the past years. One of the "chips" of our proposed solution is the possibility of overclocking ASIC to 40%, which will maintain profitability in difficult times and reduce the payback period. You can choose both installations for immersion in the immersion liquid of your equipment (cell, rack, container), and order a "complete" set for the implementation of the most daring projects in the field of industrial mining.

Mining farm on ASIC from BiXBiT will save you from noise, dust, maintenance problems, replacement of consumables and allow you to use the heat generated by the equipment effectively. There is a possibility of both cooling with running water and refrigerant. Trust us with your ASICS and we will give them a new life!

What device is appropriate for crypto mining?