Crypto Briefs is your daily, bite-sized digest of cryptocurrency and blockchain-related news – investigating the stories flying under the radar of today’s crypto news. Exchanges news South Korean market-leading exchange Upbit will resume deposits/withdrawals following what many have assumed was a security breach in November last year. Large amounts of altcoins were withdrawn anonymously from the exchange abruptly, in what some have alleged was an inside job. The exchange responded by suspending ... 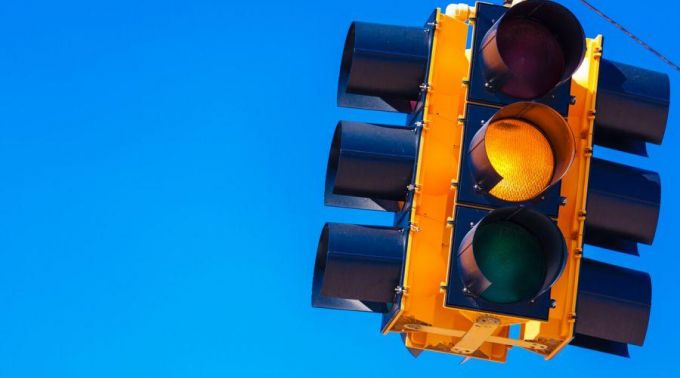 Crypto Briefs is your daily, bite-sized digest of cryptocurrency and blockchain-related news – investigating the stories flying under the radar of today’s crypto news. Exchanges news South Korean market-leading exchange Upbit will resume deposits/withdrawals following what many have assumed was a security breach in November last year. Large amounts of altcoins were withdrawn anonymously from the exchange abruptly, in what some have alleged was an inside job. The exchange responded by suspending ...

South Korean market-leading exchange Upbit will resume deposits/withdrawals following what many have assumed was a security breach in November last year. Large amounts of altcoins were withdrawn anonymously from the exchange abruptly, in what some have alleged was an inside job. The exchange responded by suspending a large range of its services pending an investigation. Per an official announcement posted on its website, Upbit says it will resume Litecoin, XRP and EOS services on January 9, with Ethereum deposits and withdrawals to recommence on January 13.Andy Cheung has resigned as the COO of cryptocurrency exchange OKEx to launch a new blockchain consultancy institute, called BitWork. According to the emailed press release, Hong Kong-based BitWork comprises a team of experienced blockchain experts from different cryptocurrency exchanges and offers exchange partnerships, advisory, marketing management, branding and public relations, fundraising, and event management services to cryptocurrency and blockchain projects.

A South Korean university will provide blockchain-themed education for 240 middle and high school children, reports Chosun. Inha University, which has also recently been selected to develop a blockchain-powered parking platform for the city of Incheon, will conduct the sessions. The same media outlet reports that 18 schools in Incheon will participate in the four-month program, with Inha’s Blockchain Center lecturers to host the sessions.Chinese companies are still winning the blockchain patent race by a comfortable margin, per recent Innojoy figures, shared by South Korea’s ZDNet Korea and China’s Sina. Chinese companies filed a total of 4,884 blockchain-related patent applications in the period January to December 2019. Companies based in the United States followed in second place with 2,404 applications, with South Korea placing in third with 921.A subsidiary of Japanese firm Dentsu will launch a blockchain-powered food and agricultural product traceability platform. Kabutan reports that the new platform will provide data on production, distribution and sales using tamper-proof blockchain technology. The platform will also allow stakeholders to access and share data pertaining to chemical and compost usage in agriculture, as well as real-time forecasts about harvest times and crop size.Kerala, a state on India's tropical Malabar Coast, plans to use blockchain technology to make its financial system more efficient and implement pilot government schemes by creating a talent pool of professionals in the field in the next five years, reports The Economic Times. Blockchain rewards company Loyyal has unveiled its version 3.0 of the Loyyal Product Suite, calling it another milestone in the platform's performance, security, and features. The press release states that the new version comes with greater control and visibility for program operators, thanks to the new Administration Console, as well as improved fault-tolerance and recovery, and other additional features.The bill titled House Joint Resolution 23 has been filed with a state legislature in the U.S. by the Virginia’s General Assembly, which is asking the Department of Elections to study blockchain to improve elections and voting, and to determine whether blockchain could protect voter records and election results. The Department of Elections will complete its meetings for the first year by November 30, 2020, and for the second year by November 30, 2021, after which it'll submit a report of its findings and recommendations to the Governor and the General Assembly. A tech startup Farmer Connect and IBM have introduced their new consumer mobile application called "Thank My Farmer," which allows coffee drinkers to trace the path of their coffee in order to understand its quality and origin, as well as to support the farmer who grew the beans, says the announcement. Hotel booking service Travala.com said that they've reached another milestone in December with 1,528 room nights booked, an increase of 15.2% compared to November, and with a monthly revenue growth of over 33.5%. Over 9% of all bookings in December were paid in the native AVA token, making it the second preferred crypto payment option behind bitcoin at 28%, they said.

Japanese giants SBI Holdings and GMO Internet have in principle agreed with Northern Bitcoin subsidiary Whinstone to process cryptocurrency transactions at the German company’s facility in Texas, which is considered the world’s largest crypto mine, within the coming months, Bloomberg reported, citing undisclosed people familiar with the matter.

Argentina’s central bank wants to regulate fintech companies, per Mondo Empresarial. The media outlet reports that the central bank feels that introducing regulation will help fintech firms become more competitive, and will help them gain mainstream recognition. The new rules will likely provide clearer definitions of what services fintech companies are allowed to provide.The U.S. Securities and Exchange Commission (SEC) was denied access to Telegram's complete bank records by the New York Southern District Court. Per Law360, Judge P. Kevin Castel has asked Telegram in his order to submit by Thursday a proposed schedule for a review of the bank records requested by the SEC, so to ensure that production of such records complies with foreign data privacy laws.

Justin Sun, the founder of Tron (TRX), has announced via a tweet that an unspecified Tron-based privacy coin is coming, and he has asked for the community's suggestions on a suitable name. Tron first announced plans for a privacy coin exactly a year ago, in July adding the feature to its testnet and in December opening it to beta testers.