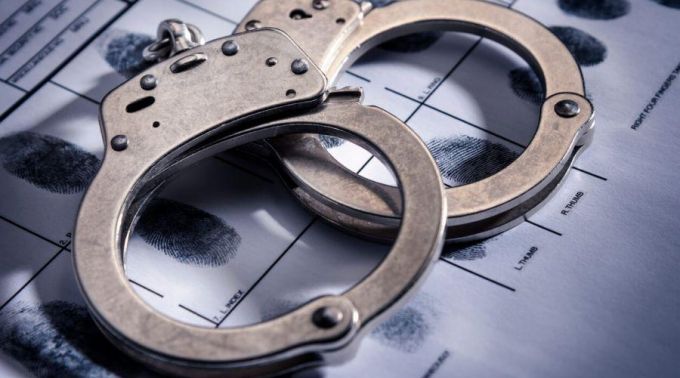 Osaka prosecutors have charged Meijo Gakuin Educational Corporation executives with embezzlement, claiming they over misappropriated local education authority funds. Per Nikkei, a former director allegedly used just short of USD 1 million of funds from a school property sale to buy cryptocurrencies in 2017. Police raided the Meijo Gakuin offices in October this year on suspicion of wrongdoings.

After his bail was denied last week, Ethereum developer Virgil Griffith will be released to his parents' home in Alabama with some pre-release conditions, per to a Twitter thread by Matthew Russell Lee, founder of Inner City Press. U.S. District Court Judge Vernon Broderick said that there is a USD 1 million bond secured by sister's and parent's houses which has to be signed prior the release. Griffith's lawyer said that the developer was suspended from the Ethereum Foundation and that the case has nothing to do with the foundation.

The regional government in the Venezuelan state of Nueva Esparta has teamed up with a central government agency in an effort to fight possible Petro fraud and help citizens spend their state-issued crypto payouts, reports Ultimas Noticias. As previously reported, massive lines have been reported outside stores that accept the state-created token – opening the door for a whole range of issues. The Nueva Esparta authorities say they have partnered with the National Superintendent for Defense for Socio-Economic Rights, and have opened a hotline for citizens who want to report Petro-related fraud.

Privacy focused cryptocurrency Zcoin is to become the first crypto project to release Receiver Address Privacy (RAP) on a desktop wallet, which should provide greater privacy by allowing users to share a single permanent address publicly without leakage of privacy, says the press release. While traditionally, when a user shared an address out, anyone can look up that address on the blockchain and see its entire history, RAP addresses allow for a single permanent address to be shared publicly without outsiders knowing when it has received payments.

Russia’s parliament, the State Duma, has announced that it will likely tackle the country’s long-awaited cryptocurrency bill in its spring 2020 session. The much-delayed second reading of the “On Digital Assets” bill, which first passed the Duma in May 2018, is still awaiting a second reading, and will probably be debated in the Duma’s next session, per an official announcement on the parliamentary website. Rulings on smart contracts and other fintech regulations may also be debated.

Missouri Secretary of State Jay Ashcroft’s Securities Division issued a final order to cease and desist against unregistered firm Mavixbtc Limited after they misled investors, and it ordered the St. Louis-based cryptocurrency company to pay civil penalties and investigation costs of more than USD 31,000, the announcement states. From at least September 23, 2019, Mavixbtc misled the investing public through its website, falsely claimed to be registered with the Financial Industry Regulatory Authority and the Securities Investor Protection Corporation, fraudulently used the registration number of a registered investment adviser representative who had no knowledge of Mavixbtc, offered brokerage and investment advisory services when it was not registered to offer such services, and in trying to sell investments in cryptocurrency, Mavixbtc touted potential investment returns of up to 55% in as little as six days.

And it looks like crypto mining is proving too addictive for an energy thief caught and fined in October in the Russian republic of Ingushetia. Just two months after being caught stealing some USD 4.8 million worth of electricity to power over 1,000 mining rigs, a 37-year-old miner has struck again. According to Regnum, the miner was let off with a hefty fine for his first offense, but judges are unlikely to be quite so lenient the second time around – after police caught him stealing over USD 1,300 from the local grid to power 11 mining rigs in December.

A minority owner and the operator of a cryptocurrency server farm in Butte, U.S., Kevin Washington and Rick Tabish, are working to keep the operation open, after the majority owner of CryptoWatt, Matthew Brent Goettsche, was indicted in a USD 722 million Ponzi scheme and charged with conspiracy to engage in wire fraud in connection with his role in BitClub Network, AP reported, citing The Montana Standard. The report says that the two filed lawsuits in District Court in Butte last week seeking millions of dollars in damages, while they also plan to ask the court this week to set up a receivership for CryptoWatt so it could resume operations.

Xianfeng Cheng (aka Mars Cheng), the chief technology officer (CTO) of Huobi Group, is leaving the firm after four years. Per huoxing24, the announcement came on the evening of December 30 via Moments of WeChat, though no additional information is available yet.

Poloniex is forcing a password reset on users whose email addresses and passwords were leaked on Twitter, for those emails that are associated with the exchange. The customer support confirmed it in the comments of a Twitter post by a user who thought their email was a scam, and on several other posts as well, saying that all who were affected got the email already.