Technical features, pros, and cons and the cost of the device L3+, and its profitability in 2019 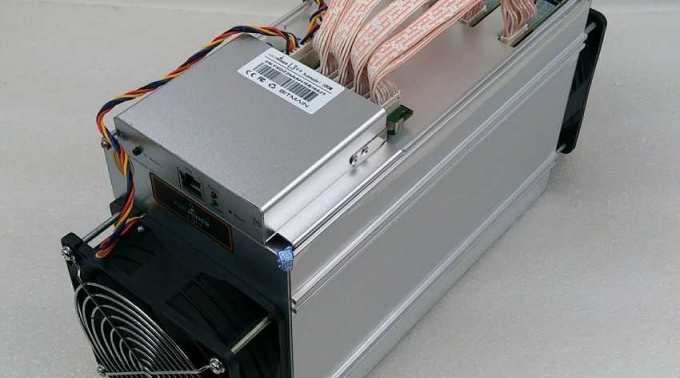 Technical features, pros, and cons and the cost of the device L3+, and its profitability in 2019

Antminer L3+ Model from the famous Chinese brand Bitmain at the very beginning of the release was considered one of the most productive ASIC-miners for mining Litecoin coins.

He had prospects for mining a number of other cryptocurrencies – but over time, the technique became irrelevant. Now, you can find an improved version-L3+ on the market - it works on the same Scrypt algorithm, but it allows you to earn more, therefore, recoup the miner faster. To determine the capabilities of the device, it is necessary to know the description of its technical characteristics and the calculation of the payback of the device in 2019.

The first version of the ASIC ANTminer L3 appeared on the market in early 2017 and made a good impression due to its technical characteristics. With electricity consumption within 0.4 kW / h, it allowed mining tokens using the Scrypt algorithm at a speed of up to 250-255 MH / s. However, with the increase in the complexity of mining Litecoin, the TN of the miner gradually became obsolete, and buyers did not receive the promised quick payback. Because of this, the company released the following modification of the ASIC miner L3+.

The improved version doubled its performance-504 MH/s. The reason for the improvement was the use of two standard ANTminer L3 boards – due to increased noise from the cooling system, size, and power consumption. In October 2017, Bitmain pleased its fans with another modification of the same model. The difference is the overclocked chip that has improved Herat to 600 MH/s in the growth of consumption ANTminer L3 only 50 watts. Model noise increased to 75 dB.

An attempt to improve the performance of ANTminer L3 more led to the appearance of the L3++version. Yet, it was even less successful than the first modification. With a consumption of 942 W of electricity, the device provided a lower performance than the previous version from 580 to 596 MH / s. The dimensions and weight of this ASIC Bitmain ANTminer L3 remained at the same level. The level of noise generated by good sound insulation also has not increased.

Table. 1. Technical parameters of the three versions of ASIC-miner.

The cost of the device and where to buy a miner

In order to buy ANTminer L3 in 2019, you will not contact the manufacturer who stopped selling outdated equipment, but the online store. Here you can buy this model for $88. At this price, you can count on a quick payback of the ASIC. Although it is desirable to take into account the low resource of such used equipment, the warranty period of which does not exceed 3 months.

Looking for the latest version of ANTminer, which you can buy in Moscow for 17,000 rubles, you can also find several offers. The payback period of such equipment will be longer. However, due to the lack of sales of the second modification of L3+, ASIC L3++ is still relevant. The process of connecting ANTminer L3, setting up and running does not differ from most models of Bitmain and other similar ASICs.

Select the currency for L3+

The actual question for the owner of ANTminer L3 is what to mine in 2019, and whether it makes sense to continue using this technique. If we are talking about the first modification, it is easy to answer it – the device should not be used for mining cryptocurrencies. For later versions, the situation is not so clear – the L3+ and L3++ models still allow mining so as not to remain at a loss.

Coins suitable for mining are DigiByte (DGB) and Litecoin (LTC). Both of them work on the Scrypt algorithm and can bring a small but guaranteed profit to the owner of the miner.

The main advantages of such equipment include:

Among the disadvantages note the strong noise from the cooling system and poor maintainability. If the ASIC chip is out of order, it will not be possible to repair it. Some users say that ANTminer L3 does not flash even if there is a suitable firmware. Not everyone is satisfied with the inability to repurpose the miner to work with other algorithms. Sometimes after flashing ANTminer L3 stops seeing the Board, which requires a rollback to the old version of thesoftware.

To calculate the payback of the device, you should use online calculators. According to calculations on the Nicehash pool, Bitmain ANTminer L3+ yield will be about $0.49 per day. If the equipment is bought for the sum of $88, the payback period turns out at the level of 180 days. L3++ modifications are not in the list of popular pool calculator.

Considering the Bitmain ANTminer L3’s payback, we can see that it is recommended to buy modification L3+ in 2019 Even without overclocking, it allows you to make a profit in just half a year after purchase. Yet, for the profitable operation of the miner it is recommended to comply with several conditions. It is desirable to buy it at the lowest price, and it is worth mining tokens in regions with a low price of electricity.