Where to look for profit in mining?

Mining history, forms of extraction, the information on effective and profitable mining, and profitability calculation are mentioned in the article. 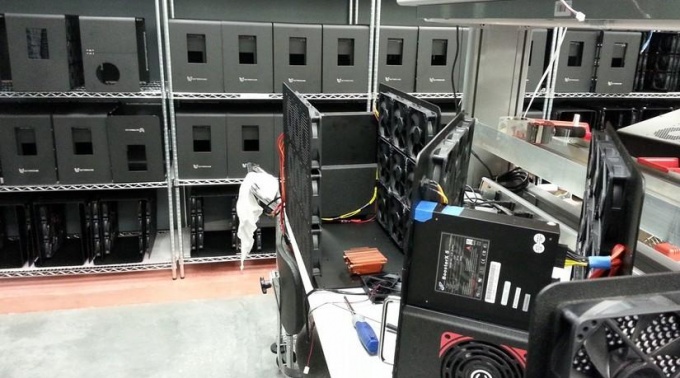 Mining history, forms of extraction, the information on effective and profitable mining, and profitability calculation are mentioned in the article.

The main process of mining bitcoin and other altcoins is mining. This action is not comparable to the standard printing of funds, as it has a specially laid function. In addition, almost everyone can be engaged in mining cryptocurrencies.

In a more sophisticated version, mining is the activity of maintaining network health through the closure and creation of new blocks in the blockchain, using computing power. Programmers use the resources of their computers to perform certain calculations to find the hashes (digital signatures) that close the block. If the miner manages to" find " the hash, then he gets a reward in the amount of one unit of cryptocurrency.

For popular cryptocurrencies such as bitcoin, Ethereum, Bitcoin Cash, mining is necessary to increase the issue. As miners are interested in rewards, so the network is interested in them, as they ensure the functionality and integrity of the system.

When the leading cryptocurrency, bitcoin appeared in the 2009, a group of specialists led by a certain Satoshi Nakamoto decided to limit the limit of its emission ceiling to 21,000,000 BTC. In addition, digital gold recalculates the mining difficulty level every 2016 blocks (approximately 14 days). This feature is designed to protect bitcoin from inflation processes and requires miners to use increasingly serious equipment to mine new coins. It is predicted that the last bitcoin token will be mined by the middle of the next century.

In 2010-2011, miners began to use powerful equipment, including video cards with Crossfire or SLI modes. At that time, crypto-enthusiasts could recapture their own investments in a couple of weeks. However, with each passing month, the difficulty level continued to increase. Thus, in 2012, the mining of the first cryptocurrency with the help of the most powerful processors – CPU – ceased to be profitable. And the light appeared farm-installation, which connected a number of powerful graphics cards and ASIC-equipment (specially designed for the mining tokens).

Soon, miners began to band together, forming mining pools to collectively mine for hashes and receive a reward that matched their mining power.

Effective mining is obtained thanks to good performance technology. The bitcoin network uses a Proof-of-Work Protocol that circumvents double spending. In addition, Proof-of-Work is the basis for the reward system in BTC mining, since the miner's reward will depend on the result of the work done by him.

There is also another duct-Proof-of-Stake. Network security depends on the availability of cryptocurrency on crypto-wallets. According to Ethereum Creator Vitalik Buterin, Proof-of-Stake uses a mechanism that does not require the presence of a large number of PCs making regular calculations, so it is more efficient and less costly.

What types of mining are there?

Basically, cryptocurrency mining is divided into the following types:

Many people are trying to understand the question of how profitable the mining of crypto assets is. The answer may seem ambiguous, but in fact, it all depends on many factors. It is almost impossible to calculate the level of efficiency and the amount of profit from the production of cryptocurrencies on the market, as it is necessary to take into account the following indicators:

Why the interest in mining fell and what will it lead to?