The reasons for mining, why the prices for mining devices dropped and what are the perspectives of mining? Is the interest falling? 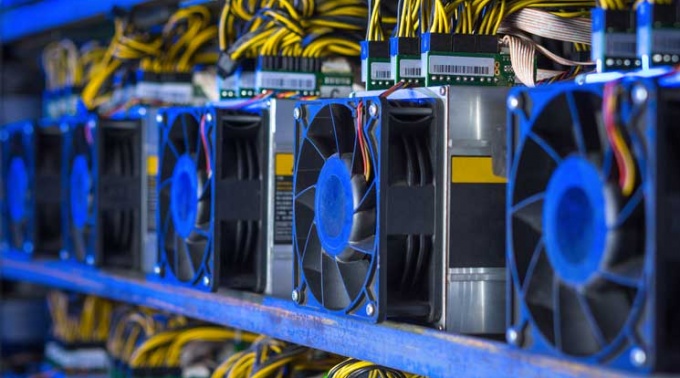 The reasons for mining, why the prices for mining devices dropped and what are the perspectives of mining? Is the interest falling?

Individuals were disappointed by the production of cryptocurrencies, and big businesses – were not. The demand for devices for mining digital money is reduced, its rate, too, it follows from these ads on sites. For typical users, the procedure has become unbeneficial, yet big business carries on mining.

The average cost of video cards for coin extraction in the first half of 2019, (production of tokens) amounted to 23.4 thousand RUB, which is 62.4% lesser than last year, a representative of Avito (the advertising service) told RBC. Similarly during the year, the value of ready-made crypto-farms decreased by 38% (to 1.17 million RUB), by 45.8% (to 58.2 thousand RUB) — for mining PCs. Despite these circumstances, demand for crypto-farms reduced by 90%, and in supply - by 87% (Avito does not reveal exact numbers). Demand for PC’s and video cards dropped by an average of 54% and supply by 30%.

The representative of the ads service “Yula” noted the decreased attention to mining machinery. As said by him, the number of offers for the sale of mining devices in the second quarter of the year dropped more than twice compared to the preceding year, and the average rate declined by a third.

Why the interest in token extraction fell and what will happen next with this industry?

What, how and why to mine?

Mining is the provision of calculating resources to perform the scientific task of verifying and executing a token transaction. The owner of the computing power provided for this purpose is usually paid a fee in a certain quantity of that currency.

Mining requires special equipment. Anyone who wants to mine cryptocurrency can do it alone, creating his own small crypto farm (a powerful computer assembled from several video cards, a motherboard, and a power supply). In addition to the purchase of equipment, the costs of organizing the process include depreciation, electricity, and rent. To reduce costs, miners are pooled.

Today the most gainful and most costly virtual currency is bitcoin. It has been extracted since 2009, it reached the maximum historical value - $20 thousand per bitcoin in December 2017. In January of the following year, the rate has fallen by 41%, and by December of 2018 already amounted to $3.4 thousand the last few months the price of BTC once again grew and in mid-July reached $12.9 thousand, consistent with CoinMarketCap aggregator, which was a peak for 1.5 years. Experts attributed the growth to three factors:

Why is interest in mining falling?

The "Yula" representative noted that the interest in hashing equipment is related directly to the BTC exchange rate fluctuations. “ The reduction of interest in the digital currency has led to the fact that the price of video cards has decreased, it made them available to everyone again," he said.

Internet Regulator Dmitry Marinichev believes that it is impossible to single out any one reason for the fall in prices and demand for mining equipment and its components. "Influenced by the declining rates of cryptocurrencies over the past year, the crisis of overproduction of video cards, chips, chips and other equipment produced at the peak of interest in cryptocurrencies. It should be noted that due to the time the equipment itself is gradually getting cheaper," Marinichev explained.

As explained by RBC member of the Bitcoin Foundation Alexander Kitchenko, at the end of 2017 during the boom ICO (initial coin offering-initial placement of coins cryptocurrency) could see a rise in prices for mining equipment, and in 2018 the prices went down following the demand. "During the ICO boom, many projects appeared that eventually turned out to be insolvent — about 90% of them brought only losses. In addition, this market is strongly manipulated — its decline was influenced by negative publications in the press and investor reviews. In addition, there was a regulation of cryptocurrencies, which created additional barriers. Cryptocurrency winter ended only in March of this year, now the market moves into a Mature phase," says Kitsenko.

In his opinion, the fall in prices for video cards cannot be regarded as a trend for the entire market of equipment for mining, as they are used for the production of alternative cryptocurrencies, not bitcoin. "Video cards are needed mainly for small businesses, and for the industrial production of bitcoin, ASICs are used for the maintenance of which much larger investments are needed," said Kitchenko. According to him, many small industries had to leave this business because of the high cost of electricity at a declining rate. In addition, many miners have decided to move into the category of traders in the hope that it will bring them more profits at lower costs, he said.

Amid falling demand from private miners for components in the first half of the year, Avito recorded a 54% increase in demand for business equipment. As explained by the representative of the service, this category includes both more complex industrial equipment and services for its maintenance. Dmitry Ufaev, the head of Bitfury in Russia, believes that big business still has an interest in mining. Over the past two years, the power of the bitcoin network, which is directly related to the amount of equipment working in it, has grown significantly, he said. "There was a decline in the background of the fall of the bitcoin exchange rate when miners began to turn off equipment, but since the beginning of 2019, a powerful growth is visible. This means that people buy new equipment and connect it to the network or include the old, which is temporarily not used, “- he said.

Dmitry Marinichev, on the contrary, believes that over the past year people have become less engaged in business related to mining. "The market has stagnated over the past year. And only in May of this year, the rates of cryptocurrencies tightened, which led to some revival of interest”, he said.

In August 2018, the company CryptoUniverse opened near St. Petersburg, Russia's largest data center for mining cryptocurrency. It has more than 3 thousand machines for bitcoin and litecoin mining. A year before, Dmitry Marinichev said that his Radius Group will place mining equipment on the territory of the former Moskvich automobile plant. However, the project had to be moved to another location due to the high cost of electricity in the capital, Marinichev explained. He didn't say where.

What will happen to mining next?

Dmitry Marinichev pointed out that now it is difficult to say unequivocally whether to continue to engage in the mining business, as it depends not only on the cost of equipment or cryptocurrency rates. An important component of the process is its cost — that is, maintenance of equipment, electricity consumption, etc. “Used or new equipment you will use — does not affect the result. The old equipment is cheaper, but it consumes more electricity, and the new one will be more energy-efficient, “he explained.

According to Dmitry Ufaev's forecast, a big business engaged in mining will continue to increase volumes, supporting the growth that has developed since the beginning of the year. "As for small miners, if we are talking about bitcoin, they will not be able to earn with the help of a farm located on a balcony or attic. This may be justified by the drop in interest in components. For profitable mining of bitcoin, which is still the most expensive currency, large capacities are needed, “he said.

As for small miners, they are focused on the production of altcoins, which do not need such power as Bitcoin, concluded Ufaev.